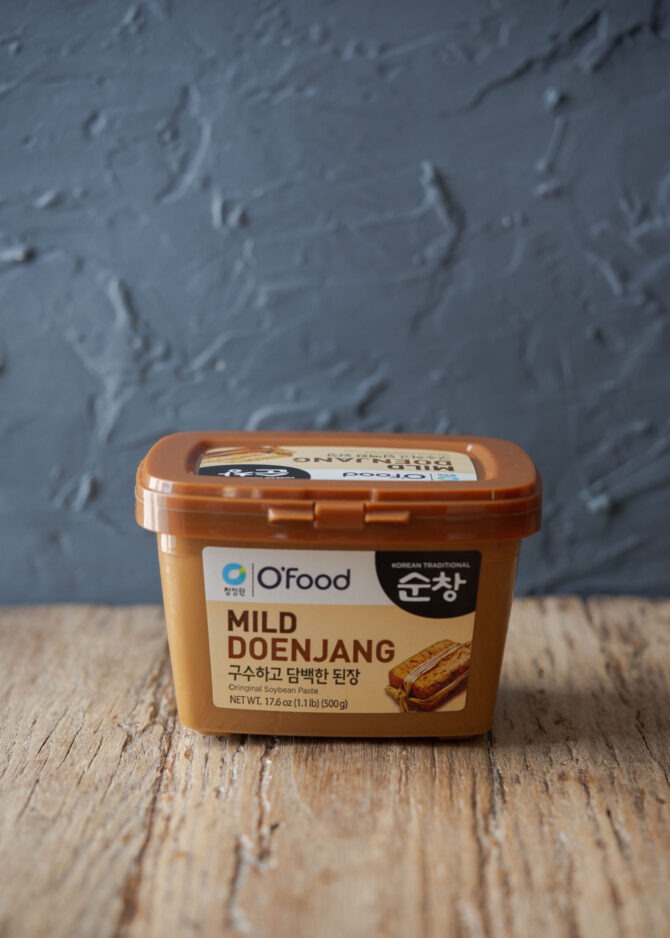 Korean soybean paste (doenjang, 된장) is made of fermented soybeans. It’s a signature Korean condiment  and unique to Korean cuisine. Doenjang is known for its healthy benefit with a rich source of good bacteria, Bacillus subtilis. Since it is made of fermented beans, it is quite strong in flavor; pungent, robust, nutty and full of umami. It has a chunky consistency.

Doenjang is made of fermented soybean and sea salt brine. Korean soup soy sauce is the by-product of the doenjang fermentation. Soybeans are soaked overnight, boiled in salt water, and pounded in a mortar to coarsely ground. The paste is then shaped into a brick called Meju (메주), dried bricks of fermented soybeans. Meju bricks are hanged to dry, which collects a good batería during the drying period, then soaked in a salty brine within a charcoal-smoked earthenware crock for a fermentation period ranging from weeks to years.

Homemade doenjang that has followed traditional method should be gluten-free. The authentic doenjang is made with rice, soybeans, and salt only. However, many commercially made doenjang contains some wheat, which makes it difficult to be a gluten-free. If you are looking for a gluten-free doenjang, check the link below the post.

How to use doenjang

Korean soybean paste is usually used as the main seasoning ingredients for Korean soup and stews. “Ssamjang”(dipping sauce for lettuce wrap) is also can be used to season blanched vegetables such as spinach, cabbage or broccoli rabe.

Doenjang jjigae: This famous Korean soybean stew has doenjang as its base and includes tofu, onion, zucchini, mushroom as well as meat or seafood.

Seasoning: Various Korean vegetable side dishes (namul) are seasoned with donajang to add a pungent flavor. Vegetable recipes like spinach side dish, soybean cabbage or broccoli rabe with soybean paste are wonderful example of using doenjang as a flavoring agent.

How to store doenjang

Once opened, keep your container in the fridge.  Most commercial brands will keep for about a year. The color on the surface of doenjang paste might turn dark, but it is still usable and great for soups. If you doenjang is dried out and cracking, you should discard and get a new one. 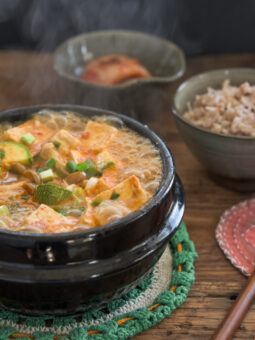 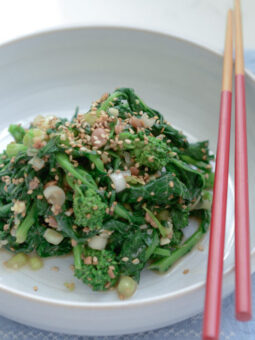 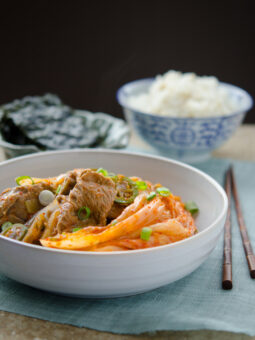 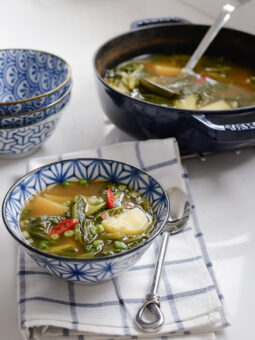