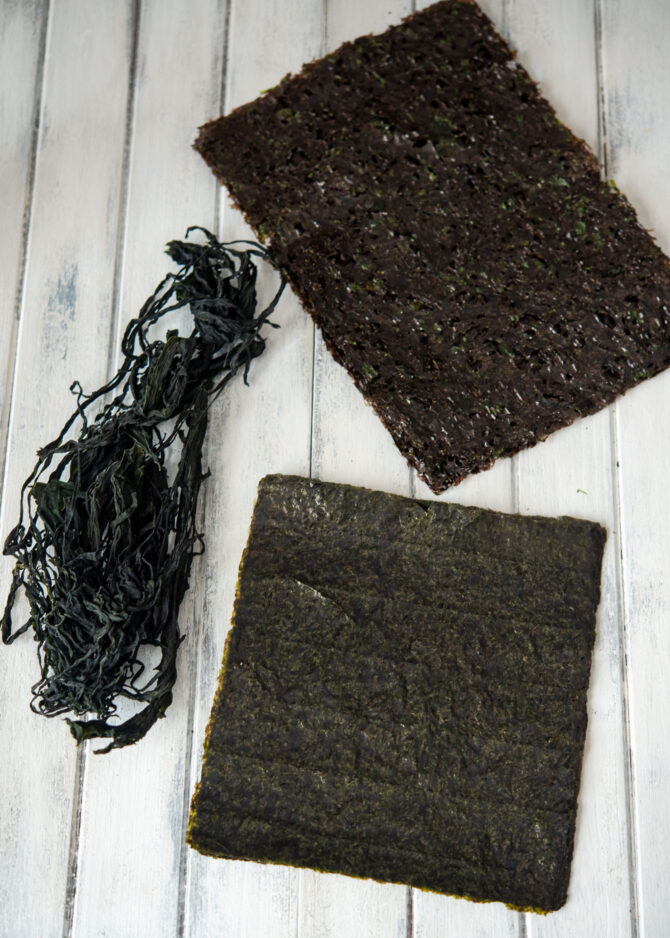 Korean cuisines have a rich tradition of consuming seaweed in a different variety. Certain dishes featuring seaweed are widely distributed all over the Korean peninsula. Regions that are located near to the coast have developed a more diverse cuisine featuring seaweed and other seafoods. 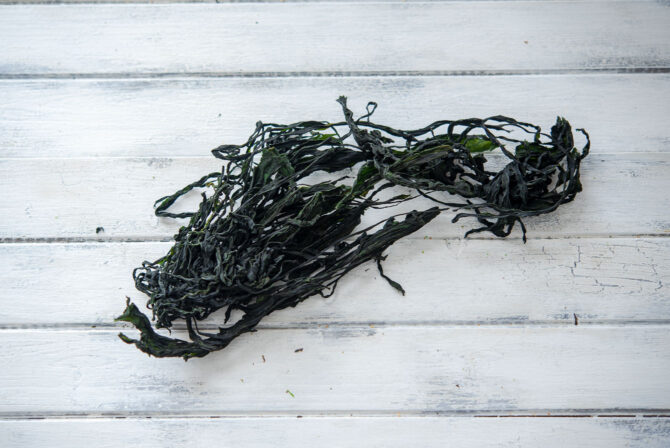 Miyeok is edible algae, widely enjoyed by Koreans in soups, salads, side dishes etc. It is often compared to Japanese Wakame” in Japanese.

Miyeok is rich in iodine, iron, and calcium and many people eat it to lower their cholesterol. Miyeok is widely used in making soups – miyeokguk (미역국). Miyeokguk is traditionally eaten on birthdays or after giving birth, although you can eat anytime you like.

How to use miyeok

Dried miyeok comes in thin ribbon-like stings in a package. Unlike fresh miyeok which are heavy with massive volume, dried miyeok its feather light in weight.

Dried miyeok should be re-hydrated in water before using in the recipes. Depending on the recipe and serving size you want, you will only need a handful of dried miyeok.

Soak the desired amount of seaweed in a big bowl of cold water and wait 10 minutes. Your miyeok will revive in quadruple in volume. Rinse and proceed with the recipe.

Gim is dried laver and has its own category with a different variety used in Korean cuisine. There are over 200 different variety of laver in Korea, however, they fall under four main types that are more readily available. 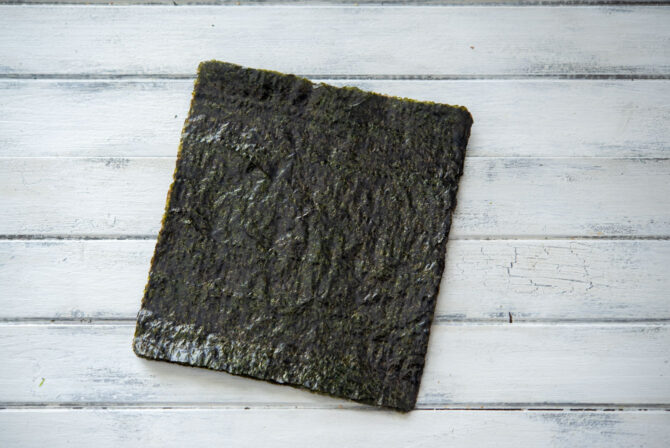 This common Korean seaweed (gim) is similar to Japanese Nori – which is roasted seaweed sheets. This type of gim is unseasoned and plain roasted. They are thick, tough, and has smaller holes. This gim is mainly used for making seaweed rice rolls. My kimbap and chungmu kimbap recipe shows how to use it. 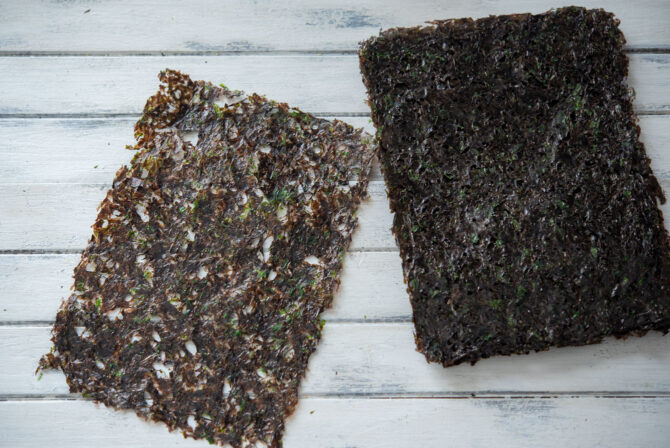 Another type of gim that is unique to Korean cuisine is the coarse raw dried seaweed sheets. It is from using different kind of sea algae. There are 3 common gim in this category. 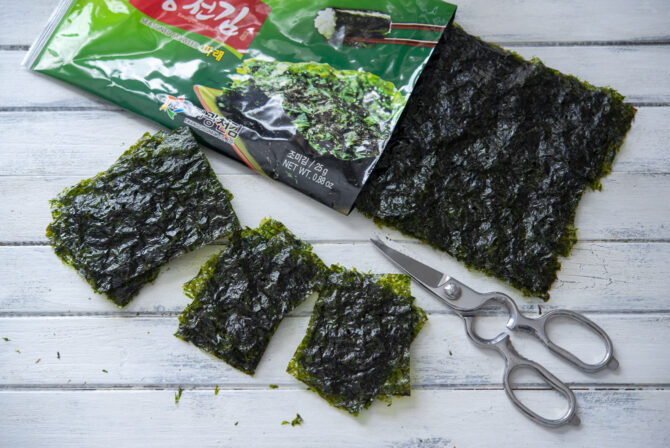 Store-bought seaweed is also called gim (jomi-gim, more precisely). These seasoned and roasted seaweed sheets are widely available around the world these days. They come in whole sheets (you will need to cut to pieces) or sold as a package with individual serving size packets.

How to store dried seaweed

Store miyeok in an air-tight container in a dried cool place. Since they are dried foods, avoiding humid and wet air will increase their shelf life.

Roasted gim should be kept in a freezer once opened. The oil that has been used to roast or toast the seaweed can rapidly go rancid and spoil the seaweed if stored in a room temperature too long. 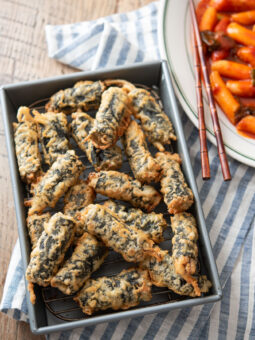 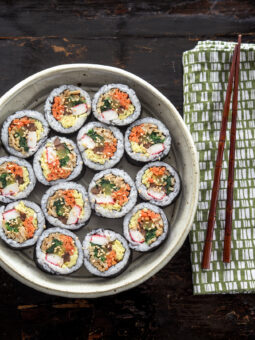 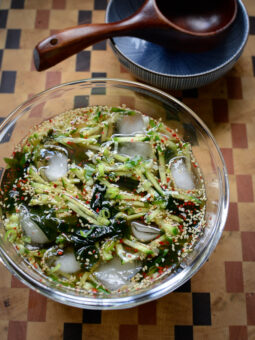 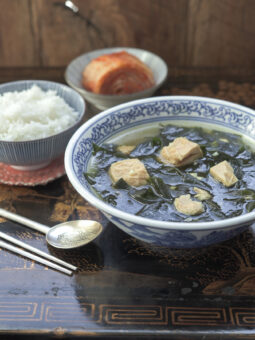 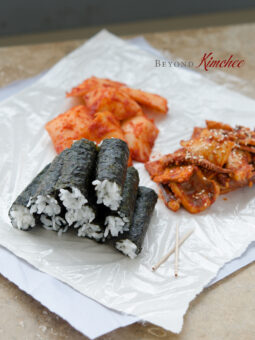 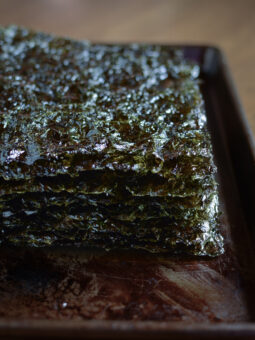 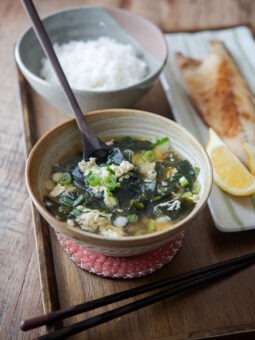 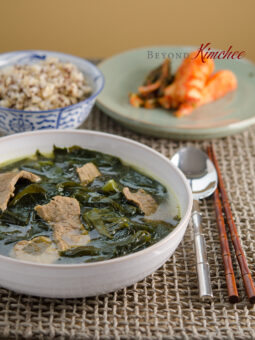