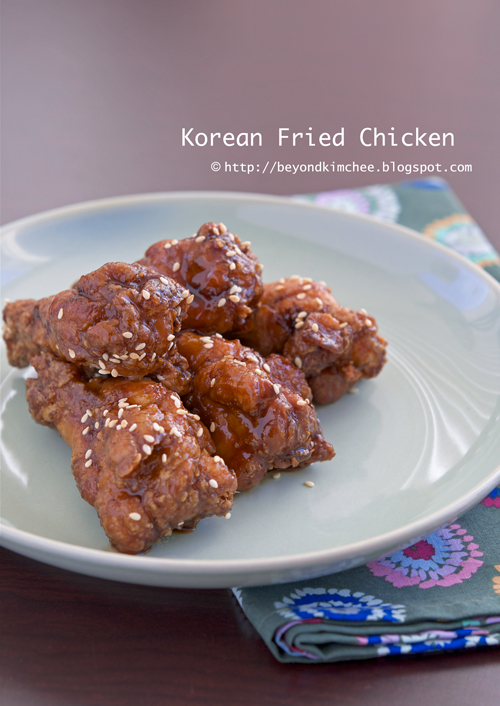 I have a confession to make.
It is about C H I C K E N.
I did not eat chicken for nearly 10 years. I was not a vegetarian nor under any religious restriction but there was a reason.
Here is the story…

I think I was about 9 years old. I was just an innocent little girl living in a small town of Korea. I often visited my grandparents, who lived only a few blocks from us, to play with their dog after school. (My mother would never allowed me to have a dog)
My grandparents lived in a big traditional Korean style house with a large front courtyard with a garden and a common area. They also had several small houses attached to this courtyard for their tenants.
It was one of those ordinary day like any day. There, I saw a scene that I shouldn’t have.., a murder scene! A man, whom I believe one of my grandparent’s tenant, was killing a CHICKEN. I don’t want to describe how he did it. It was graphic enough for my innocent 9 year old eyes. I also saw a large pot with water boiling on the portable stove near him. That was for to remove the feathers of the chicken. I still remember the disgusting smell that came out of the pot when he put the dead chicken in there. I had a very bad nightmare that night. Yes, the dead chicken appeared in my dream and chased me…

Ever since that moment I did not eat chicken. I just couldn’t… until I was 18 years old. So, how did I get to eat chicken again? Well, it was the KFC, the Kentucky Fried Chicken!
I grew up, finished high school and went to college in Seoul. My friend took me to KFC for lunch. I never tasted KFC before (I was from a small town where western fast food was not existent at that time).
I, the first time in almost 10 years, tasted chicken. The first bite of those greasy, salty, and slightly crispy fried chicken? Well.., it was a moment of enlightenment. My, oh, my! What have I been missing all these years? I never imagined chicken could taste so good.

Of course my taste bud on chicken has been evolved over the years. (I hardly eat the KFC any more)
I finally overcame the nightmares of the deceased chasing chicken and regained my taste on them – in a deep fried form… 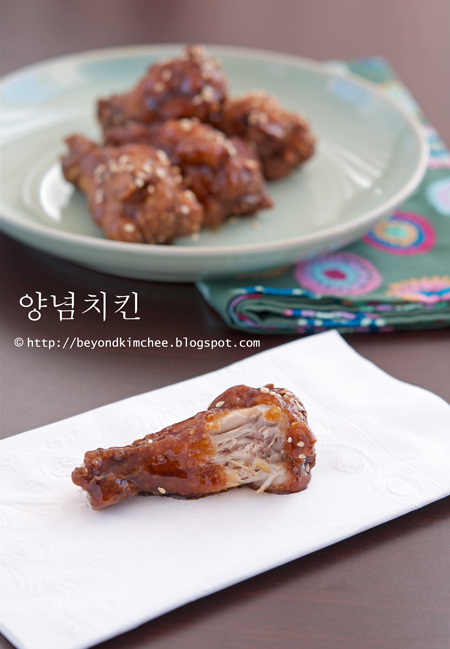 I am sharing with you a special recipe for KFC, not the Kentucky version.
It is the other KFC, the Korean Fried Chicken.
If you ever travel in Korea you should try the famous Korean fried chicken franchise called “Gyochon Chicken”. Their chicken is very popular among Koreans. When I visited NYC a few weeks ago I found the similar chicken restaurant called “Bonchon” near 7th ave and 38th street. Their chickens are very tasty as well.  Honestly if you ever try the Korean Fried Chicken, You won’t like the Buffalo wings anymore.
Of course I can not hack the secret recipe for both restaurants, but tried to imitate the flavor. And guess what? I think I came quite close to match.

So, here is my version of Korean Fried Chicken in a non-spicy version. The spicy version will come later some other day when I receive the chicken revelation from up above… 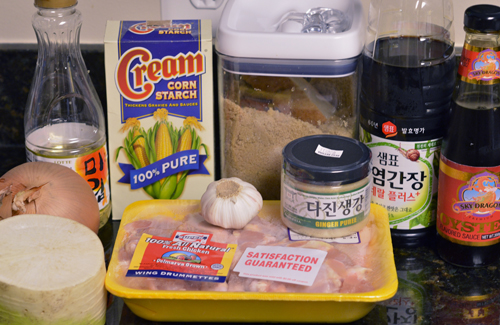 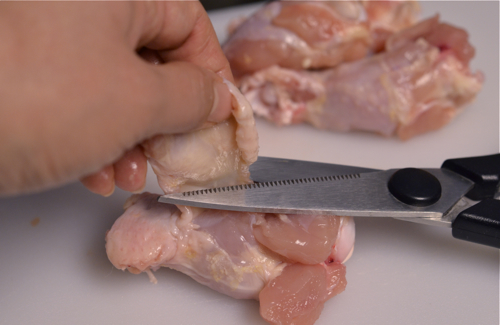 I like to remove extra skin on the chicken. The skin adds nothing but fat.
It only takes extra 10 minutes of your life but it might prolong your life 10 days longer. 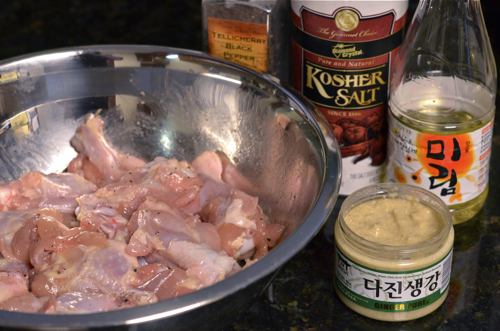 Combine chicken with rice wine, pureed ginger, salt and pepper. Let them chill for 30 minutes.
This will not only season the chicken but get rid of unpleasant poultry odor when frying. 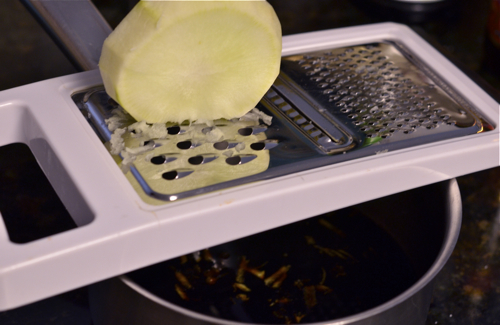 Meanwhile, grate the radish. This is the key ingredient in the sauce, so do not skip. 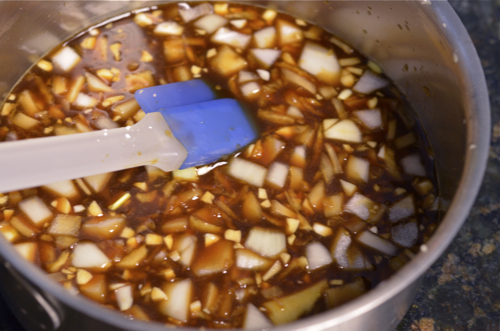 Combine all the sauce ingredients in a pot 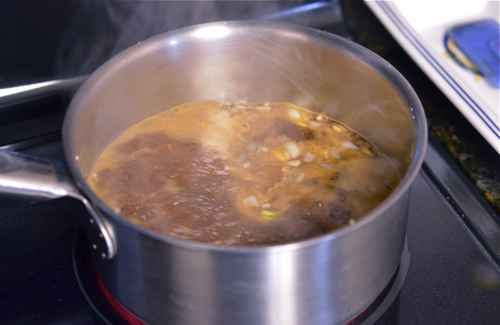 Bring the sauce to boil first and simmer over low heat for 20 minutes, uncovered.
It will get thicken eventually. 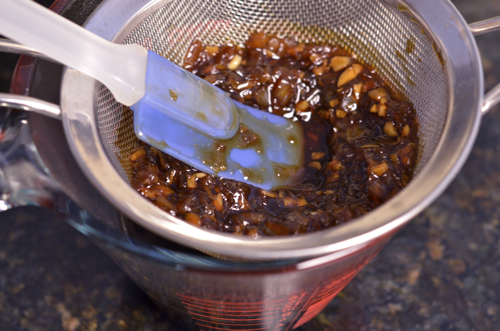 Strain the sauce through a mesh. Press gently to get all the flavors out. 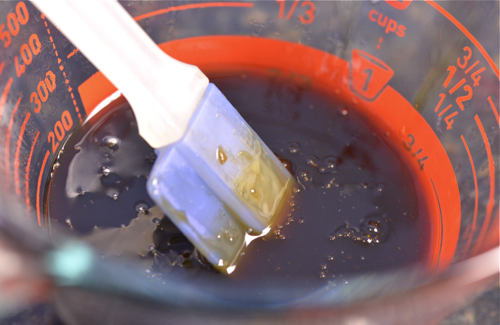 A beautiful glaze left behind.  It will thicken more as it cools. 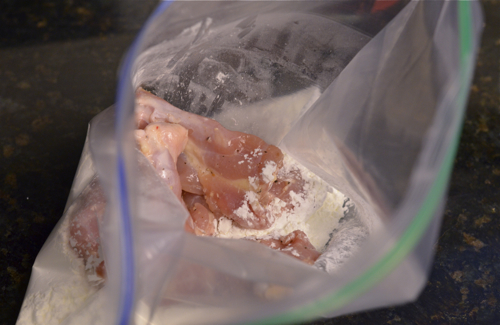 Your chicken wings are cold without their coats. So, cover them with some corn starch in a bag. 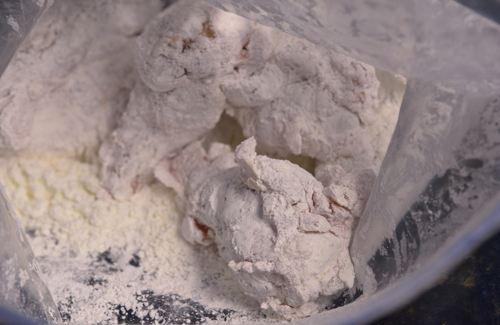 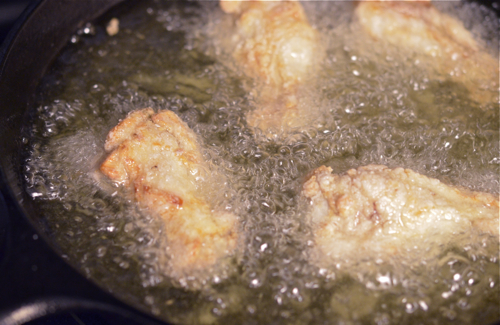 Heat oil to 170ºC. Drop your wings without any mercy.

I like to deep fry them twice for crunchier texture and color. After 1st frying… 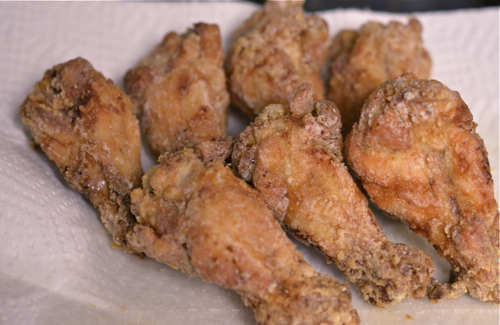 And after 2nd frying.
I sent one wing straight to heaven by putting into my mouth right away.
As good as it gets…

But with the sauce… What can I say more?
Brush the sauce all over the wings. 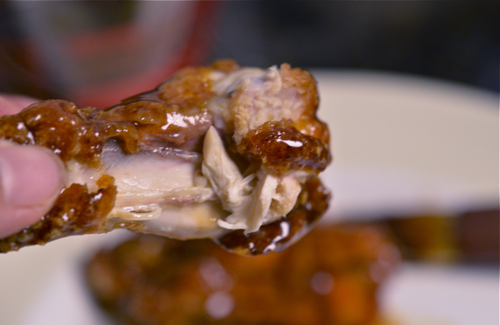 Sorry, camera shake!  It was so good that I was dancing with a joy.

No words!
…..
Oh!
You will need lots of napkins,
and cold soda to go with them.
And
Just in case…,
Pray before the bed time.

Your chicken may appear in your dream and ask for his lost wings. 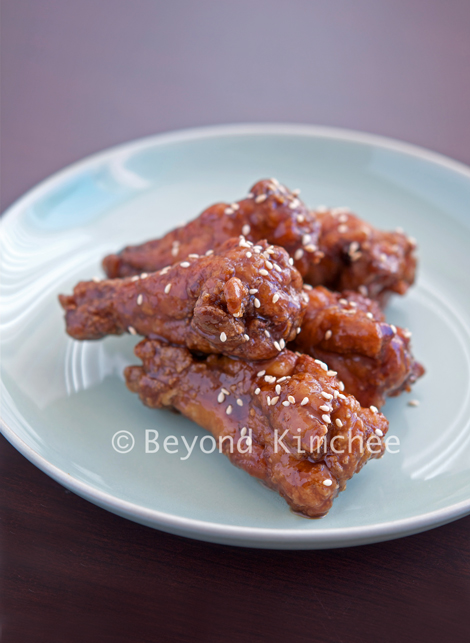 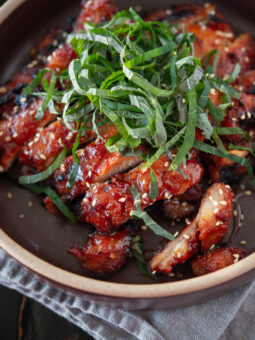 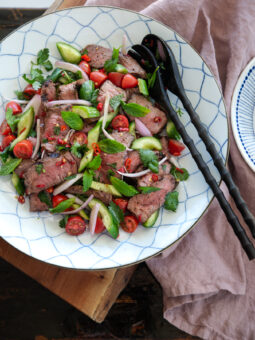 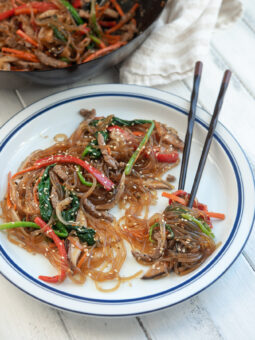 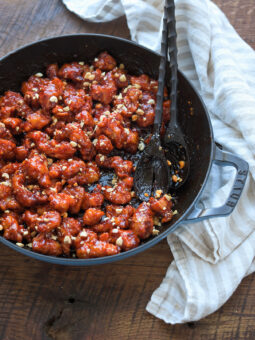