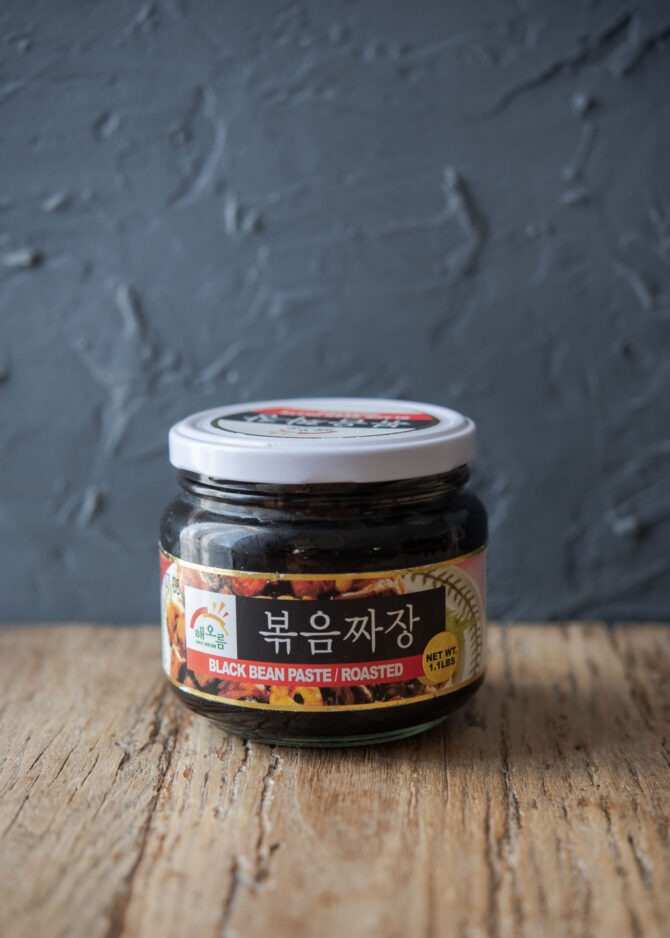 Chinese style black bean paste (Tianmian is not a suitable substituting Korean recipes that requires fermented black beans. Chunjang has sweeter taste and it should not be replaced by Chinese black bean sauce or paste.

Uncooked black bean paste (chunjang) has a slightly bitter taste with very salty notes. To remove this bitterness, chunjang paste is first fried in a small layer of oil. However, you can find the jarred pre-roasted chunjang paste at most Korean grocery stores these days, so that you can use it right into the recipe without pre-roasting it.

Some Korean black bean sauce comes in a powder form which you have to mix in water to use. I personally don’t recommend it since it lacks the rich flavor of fermented chunjang taste.

After opening, store chunjang in the refrigerator for up to 3 months. If your chunjang comes in a plastic bag, transfer the paste to an airtight container and refrigerate it. 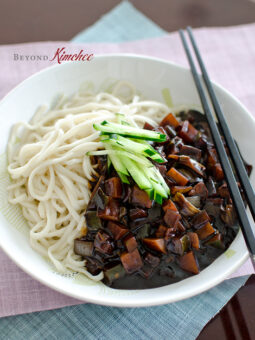